Online casino gaming is no longer the simple world it once was, with games only coming from the huge firms like Microgaming, IGT or Scientific Gaming. Today there are thousands of online games from a plethora of online casino software developers.

Many of these are excellent while many are not worth your time. This page aims to help you sort the wheat from the chaff while learning a bit more about casino gaming software, what a developer does, and which companies are the best in the industry today.

Consider this your personal online casino software developer directory. I have written extensive reviews on each of the companies below, so if something catches your eye, simply click through to learn more.

Each of the developers listed here is fully licensed with an excellent roster of games and has partnered with many reputable online casinos so whichever you choose you can be sure you’re in a safe place. Below you’ll find my listing of which companies produce the best casino software.

How To Evaluate Which is the Best Online Gambling Software

There are a few things you should look out for when evaluating casino gaming software developers, as companies can look fantastic on the surface but may only offer a paltry few games.

The reverse can also be true where a company could offer hundreds of poor-quality titles. Follow the short list below to make sure you’re on the right track.

The best casino software developers have:

In order for software providers to appeal to online casinos, and indeed their players, they must offer a wide range of games. A developer that makes regular slots as well as jackpots and table games is far more valuable to casino than one that only creates slots.

This doesn’t mean that a developer can’t create only slots, but that if they choose to, they had better be of great quality and as varied as possible in order for them to be worth paying for from the perspective of a casino site.

Bonus features are another useful way to make a title stand out from the crowd and while stacked wilds are a nice touch, a true bonus game-within-a-game is the best option to hold player interest.

A good example of this is Play’n GO’s Rage to Riches slot. This features an interactive bonus game that is easily triggered, in which players act as a monster smashing down buildings. Small rewards like this really elevate the overall player experience.

Some developers create game themes based on characters that feature in multiple slot games, or that make guest appearances in other games, which creates a sort of universe within that software provider’s library.

A good example of this is ELK Studios, whose characters can often be seen popping up in each other’s games. Other developers have secured licences to valuable intellectual property to create slot themes based on tv shows, films and other pop culture phenomena. 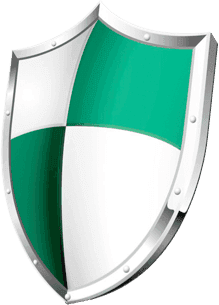 RTPs, or return to player rates, are very important when it comes to choosing a game developer or title. The return rate is how much of a player’s bet they can expect to receive back from a game after a certain length of time, this will always be under 100%. For example, if a player chooses a game with an RTP of 96%, and bets £100 over 100 spins, they can fairly expect to end up with £96. It is the developer that decides this number and it is up to them to ensure it, though third-party auditors are required to check the accuracy and fairness of these rates under the laws of the United Kingdom Gambling Commission. A transparent company is a safe company with regards to auditing. Developers that proudly display the results of these tests and the RTP rates of each game clearly make it easy for players to see that they have been checked for fairness and can be trusted. Sadly, this is not always the case and some companies make it almost impossible to find out the RTPs of their games, let alone the results of fairness checks. If it is difficult to find out the RTP of a game, then it is probably one you should avoid. There are more than enough alternative slot games and developers out there that do display this information which make it unnecessary for you to play at any sites that are not forthcoming. To find slot games with the highest RTPs click here. 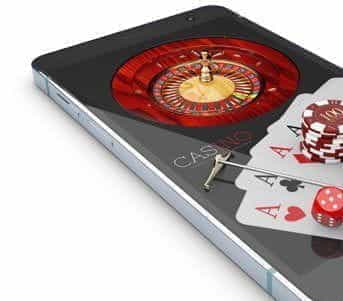 Mobile gaming has become big business in recent years. With more players picking up mobile devices than sitting down at desktops, most developers are now turning their attention to mobile-first strategies to ensure their output can be enjoyed on as many devices as possible. In fact, development of mobile compatible games is now one of the fastest growing areas of the entire online gambling industry. This rapid growth is thanks, in large part, to the development of new technology like HTML5. This computing language allows for smooth streaming of video and games within mobile web browsers. This has provided a major breakthrough for developers and online casinos alike, as players can now enjoy products on a mobile device without having to sacrifice valuable memory in downloading an app. Though online casino games can still be played through dedicated mobile apps, the advent of HTML5 and its incorporation into the development of online games means that the titles themselves can reach a broader audience. Additionally, it’s easier than ever before for players to enjoy an immersive casino experience no matter where they happen to be, while developers can experiment with adding more special features to their products. Truly, it’s a win-win situation for both the game developers and the fans of their output.

How Does Online Casino Software Work?

Naturally, there are differences between the games you play in a land-based casino and those you play in an online casino. Though, to a player many of the rules and gameplay are basically the same, online games by necessity have to operate differently to their land-based counterparts.

To fully understand the work done by game developers, it’s wise to be aware of these differences and to understand how online casino software works. To give the best possible overview, let’s take a look back at the origins of online gambling software.

With the digital boom of the 1990s, developers like Microgaming, Playtech and NetEnt caught onto the new possibilities offered by the internet and started their own online casinos. Due to bandwidth limitations at the time, a lot of digital casino software was regularly downloaded onto desktops by players.

Some casinos still give that option to players, but it’s far less common platform now than it was 20 years ago. As internet speeds and technology improved, so too did online games. In recent years the industry has witnessed many breakthroughs in quick succession, leading to a climate of constant innovation and creativity in online gaming.

One of the biggest breakthroughs in recent years has been the advent of HTML5. This programming language has allowed for online casino games to be played on any device’s browser, whether desktop or mobile.

Improved AI and graphics have allowed developers to create incredibly realistic and immersive gaming experiences, replete with computer rendered croupiers such as in Yggdrasil’s Sonya Blackjack.

Betsoft and Realistic Games, in particular, have been exploiting the possibilities of high definition 3D graphics in crafting their casino products. Perhaps one of the most impressive examples of this is the rise of virtual reality gaming, which is being heavily explored by developers like NetEnt and Pragmatic Play.

Things change quickly in the online gaming industry, so keep up to date with the latest developments with my up-to-the-minute news coverage. Check back here to see the latest stories about the best casino software developers as this page is constantly being updated. Find the most recent stories below.

I regularly monitor the UK iGaming news for interesting developments and trends, along with any new regulations or law changes and will make sure to share other relevant industry news here as well. If you are looking to find out more about individual companies, you can check out some of our top online casino reviews.

I hope this page has answered all your questions about casino game software. If you have any remaining queries, feel free to check out the most frequently asked questions below. If your question has not been addressed, feel free to send me an email to contact@online-casinos.com and I will get back to you as soon as possible.

Can you hack online casino software?

In a word, no. Online casinos employ the use of top-of-the-line encryption software to protect against hacking and data breaches. The games themselves are also regularly tested by third-party auditors to ensure they are secure and fair.

Which is the best online gambling software?

This is a matter of preference, and each gamer will have a favourite developer depending on which games they like best. For example, slots fans might say NextGen is the best, solely as the developer focuses exclusively on creating slots.

What is gambling software?

Gambling software is used in both land-based video slots and online casino games. With casino gambling software you’ll typically find complex algorithms and random number generators, to create games of chance, as well as computer rendered graphics for greater entertainment and immersion. It has even become possible with the advanced technology to play live casino games, streamed instantly in HD.

How does online gambling software work?

Where can I play free online casino games without downloading?

A lot of online casinos offer the ability to play games for free before betting real money. These games can be accessed directly through your desktop or mobile browser, without any need to download the software platform. This does depend on where you are based. For example, if you are gambling in the UK, you need to be a member of a casino before you can play free games.

What different kinds of online casinos are there?

There are basically two kinds of online casinos. The first is via a software download, which allows the player to download an interface to their computer. The second, more common version, are no-download or 'instant play' casinos, which use web plug-ins like Flash or Java, or HTML5 coding. Head over to our best online casinos list to see which might suit you best.

I have an Apple computer, can I play at casinos and poker rooms online?

Yes. Though many casinos are designed to operate on PCs, most modern operators use instant-play technology, or run plug-ins like Flash and Java that will run on a Mac. Live Dealer software, poker rooms and any casinos that do not require a download will be compatible with Apple Mac computers.

The table below gives a final breakdown of the best casino gaming software providers mentioned on this page. Find each company’s best slot game, the total number of games and the most highly-rated casinos in which to play them along with my final rating of each developer here.

If the below operators don’t tickle your fancy, you can check out my top 10 list. It is also worth thinking about whether or not any site that you choose has one of the top casino offers.