Nevada Governor Steve Sisolak once again raised maximum capacity limits for state casinos, now to 35%. Simultaneously, some of Nevada’s most prominent casino brands have made significant announcements: from the unimpressive Q4 returns of MGM to the much-anticipated new opening date of Virgin Hotels Las Vegas to a brand-new tech installment at Harrah’s, visitors to Vegas will have a lot to look forward to. 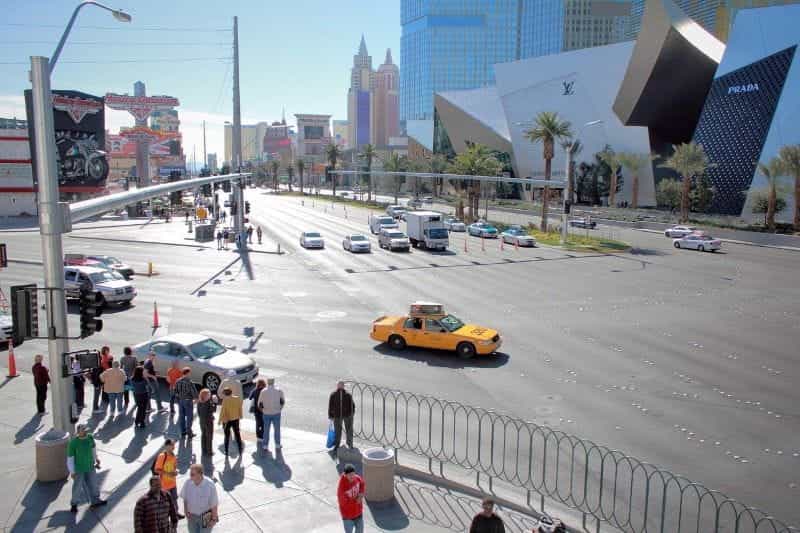 Though casinos have had overwhelming losses in Vegas due to the pandemic, they are staying strong. ©JonKline/Pixabay

Nevada’s Lockdown: From November Through February

In November, Nevada Governor Steve Sisolak announced that the state would be re-implementing strict lockdown measures in response to a dizzying surge of COVID-19 spreading around the United States, including in Nevada. At the time, Las Vegas Mayor Carolyn Goodman spoke harshly about Governor Sisolak’s decision, citing the financial toll on Sin City.

Mayor Goodman’s curt remonstrations on the lockdown had no effect, however, on either the Governor’s decision or the state’s COVID-19 infection rate. Just before Christmas, Governor Sisolak announced that the severe lockdown rules would be extended two weeks into the new year.

Now, Sisolak Allows For Some Lenience

In a recent announcement, Nevada legislators stated that effective February 15, certain lockdown measures would be rolled back, due to decreasing COVID-19 infections in the state. At that point, casino occupancy in Nevada will be allowed to increase from 25% to 35%.

Should the number of infections continue to stay at a manageable amount in Nevada, restaurants will be able to operate at 50% capacity beginning March 15. Numerous other businesses in the state will now be able to operate at 35% capacity, including gyms, churches, synagogues, bowling alleys, pool halls, and more.

During the pandemic, two factors have greatly affected the revenue of Las Vegas’s casinos and hospitality industry: first, full or partial closures as mandated by the government — the very same that Mayor Goodman criticized in November 2020 — and second, the global pandemic itself, which has had a significant impact on international tourism.

Throughout 2020, some of Las Vegas’s most renowned casino and resort corporations — from Wynn to Sands to MGM — faced overwhelming financial strain, which, in some cases, forced the companies to make devastating and significant layoffs of close to 20,000 mostly local employees.

Broadly, attendance at Vegas casinos has declined to levels unseen in decades. Not since 1993 have so few visitors crossed the doors into some of Sin City’s most beloved establishments, a hard hit compounded by the forced cancellation of the international conventions and superstar concerts often held in Vegas hotels.

In early 2021, MGM revealed its revenue earnings for the fourth fiscal quarter of 2020. Due to the forced lockdown in Nevada, the company’s local business sank 66% in the last months of the challenging year. In total, MGM earned $480 million in the fourth quarter of 2020, compared to $2 billion earned during Q4 of 2019.

According to the company’s reports, it was MGM’s regional holdings that helped it offset the worst of its losses during the fourth fiscal quarter, as MGM China also experienced a net revenue loss of 58% in the last months of 2020. Meanwhile, regional properties still fell, but only by 34%, garnering a total of $595 million.

In a silver lining, the highly-anticipated Virgin Hotels Las Vegas has rescheduled its opening date, now for the third time. The location was first supposed to open in fall 2020, then in January 2021. Due to the lockdown, the opening date was again pushed back. Now, it has been announced that the location will officially open on March 25, 2021.

In a live statement, Richard “Boz” Bosworth, the President and CEO of JC Hospitality and the owner of Virgin Hotels Las Vegas, described with enthusiasm the long-awaited opening date of Vegas’s newest resort and casino. According to Bosworth, the confirmed date means not just new opportunity for guests, but also more work for local employees.

In mid-February, 2021, Harrah’s Las Vegas capitalized on the excitement surrounding Virgin Hotel’s opening announcement and revealed that it would be introducing some brand-new technology for enthusiastic gamblers to try: a hybrid digital craps table, made by Aruze Gaming America.

The game in question is Roll to Win Craps, which will allow players to use real dice on a digital LED screen, a glowing version of the traditional green felt craps table. Users of the game will be able to place bets electronically, rather than with a live dealer. This is the first time a Las Vegas casino will have a hybrid craps table.

Because Roll to Win Craps allows players to place their bets electronically, players also use virtual chips, rather than physical ones. As such, spokespeople from Caesars Entertainment (the owner of Harrah’s) emphasized that the game is extra-COVID safe, meaning that players come into minimal physical contact with one another or the game. 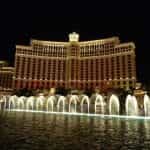