Though multiple leading American sportsbooks experienced significant outages during the Super Bowl in early February, the event saw record revenue. Pennsylvania, New Jersey, Nevada, and Illinois all reported record high revenues. In New Jersey, Super Bowl Sunday saw more than two times the amount of sports bets placed than in 2020, prior to the pandemic, and online gaming platform GAN struck a lucrative new deal, thanks to its stellar performance. 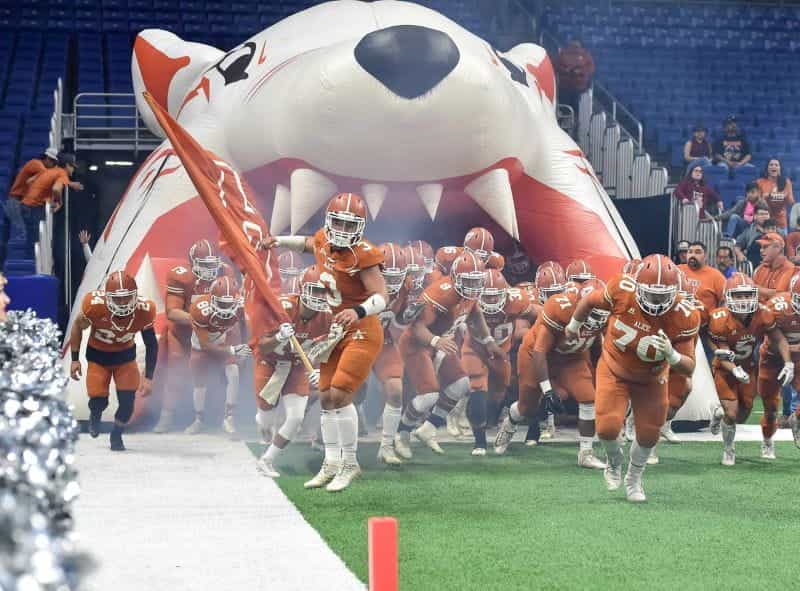 The 2021 Super Bowl took place on February 7, 2021, and featured the Tampa Bay Buccaneers against the Kansas City Chiefs, then the reigning American Football Conference champions. The halftime show was played by The Weeknd, and the game took place at Raymond James Stadium in Tampa, Florida.

Leading Up To The Super Bowl, Analysts Were Split

Prior to the Super Bowl, economic analysts were uncertain whether the event would bolster or detract from sports betting revenue. Some outlets, like CNN, speculated that the 2021 Super Bowl could mean record revenue for sports betting companies, while others imagined that the amount wagered would be less than in 2020.

An Argument For Record Highs: Wave Of Legal Sports Betting In US States In 2020

From that point, states in the US were allowed to determine whether or not they would legalize sports betting. Between 2018 and 2020, a number of US states moved toward legalizing sports betting, and the pace only accelerated during the COVID-19 pandemic, with many states turning to gambling to offer much-needed additional state revenue.

On Super Bowl Sunday, Sites Crash Due To Heavy Traffic

The analysts who predicted that Super Bowl Sunday would be a windfall for American sports betting proved right — so right, in fact, that four of the country’s most prominent sports betting sites crashed due to heavy traffic. The outages, which lasted for some or all of the Super Bowl, occurred on DraftKings, FanDuel, Barstool Sportsbook, and BetMGM.

Four States Report Back So Far: Record Revenues On Feb. 7

Nevada did not have the record highs of Illinois, though it’s possible that Illinois’s record-breaking numbers were bolstered by the fact that the state has only recently been changing its tune regarding sports betting — a decision Governor Jay Pritzker has consistently linked to offsetting the financial damage done by the pandemic.

On Super Bowl Sunday, gamblers in Nevada wagered $136.1 million between the state’s 184 sportsbooks. According to a report from the Nevada Gaming Control Board, some of these bets were even placed in person, despite the strict ongoing COVID-19 lockdown in the state which was lifted a week later, on February 15.

In New Jersey, sports bets increased 116% year-over-year from the same night in 2020, when bettors gambled $54.3 million on the championship. This year, sports bettors in the same state bet around $117.4 million on Super Bowl LV, which was divided between the state’s 12 retail sportsbooks and 21 sports betting mobile apps.

In total, sportsbooks in New Jersey earned about $11.3 million from Super Bowl Sunday, with about $106.1 million paid out to lucky sports bettors, who cleverly estimated that the Tampa Bay Buccaneers would beat the Kansas City Chiefs (they did, scoring 31 points to Kansas City’s 9).

In Pennsylvania — increasingly a state to watch in the landscape of American sports betting — gambling revenue on Super Bowl Sunday swelled 74% from what it had been on the same event in 2020, just a short time before the COVID-19 pandemic reached its first dizzying apex in the United States.

In total, Pennsylvania gamblers bet $53.6 million on February 7, 2021. It’s notable that this number is significantly lower than Nevada’s, which was that state’s fourth-best Bowl in a decade. Crucially, Nevada is home to Las Vegas, largely considered the gambling capital of the United States.

Interestingly, Pennsylvania’s 2021 Super Bowl revenue was impacted by the 2020 returns from the year before. Even though the event had taken place before the beginnings of the COVID-19 pandemic in the United States, Super Bowl LIV, in 2020, saw Pennsylvania sportsbooks losing revenue.

One company received additional attention for its role on Super Bowl Sunday: online gambling platform GAN, which reportedly saw an 186% increase in online bets placed that night. As a result of its impressive performance, GAN scored a patent license with Parx Casino, which will license GAN’s patented platform for the next 10 years. 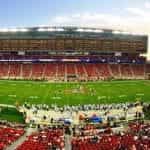