The historical hit TV series Vikings may have recently come to end, but you can still play the online slot. Thanks to NetEnt, you can play the Vikings slot online and be transported back in time to the world of the Norse raiders. Packed with special features and stunning graphics, this is not a slot to miss. 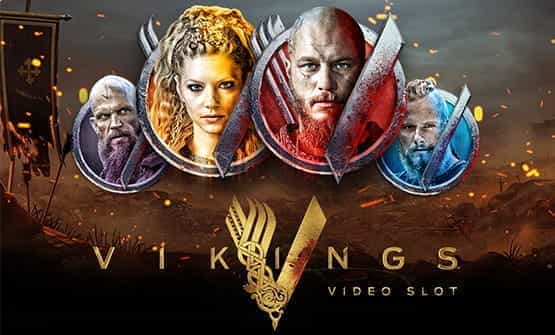 You might know the series inside out, but do you know how to win big or where to play the Vikings slot online? In our review you will find out which symbols to look out for and what special features are on offer. Put your knowledge to the test with a free demo, and then try out the real thing!

Play the Vikings Slot for Free

Before you invest your own cash, why not try out the demo version. When you play the Vikings slot for free you can enjoy all the best features the game has to offer with no risk attached. Discover how to launch free spins and what the Hotspot feature has in store for you.

It’s also a great opportunity to get used to all of the special mechanisms in the game, such as how to customize auto play spins and set your bet amount. That way, when it comes to playing the real thing you’ll be more than ready to take on Vikings. 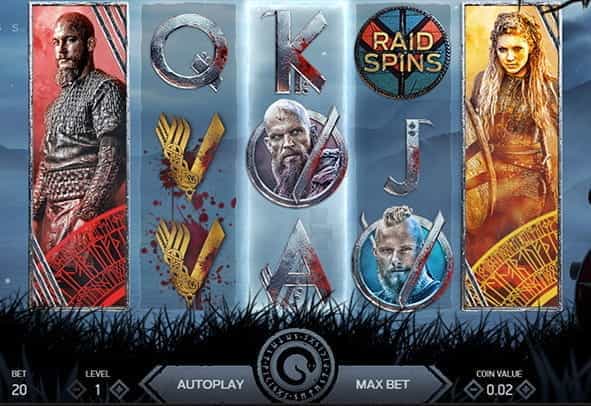 The first thing you’ll notice when you play the free demo is its atmospheric intro. It’s a nice touch from NetEnt, as it really sets the scene for an immersive gaming experience. Demo gameplay is much the same as the real thing, so it’s ideal for a practice run.

There is only one downside to playing the free demo, which is that you won’t get to keep any of your winnings however large they may be! Once you think you’ve sussed out how to make the best of this game, go ahead and play the Vikings slot for real money.

How to Play Vikings: Rules and Features

NetEnt is renowned for producing top quality slots games, with many of their best based around popular TV shows and movies. Vikings is no exception, so you can look forward to reconnecting with your favourite characters and scoring some exciting wins at the same time.

One of the most noticeably qualities of the Vikings online slot is it’s look and feel. It’s hypnotic soundtrack and slick graphics combine with elegant gameplay and innovative features to make on of NetEnt’s most popular and successful slots.

The game has a simple layout of 3 rows and 5 reels, as well as an impressive 243 ways to win. The game is customizable, with bets that can be adjusted from £0.20 to £100 per spin. Auto play is another useful feature, which can be set from 10 to 1000 spins, for when you’re chasing those special features.

Vikings’ best features are the Hotspot feature and Raid Spins. The Hotspot is the middle reel, which offers scatter style wins when a Vikings symbol lands on it. Landing three Raid Spins symbols can also active free spins, which offer even more Hotspots and chances to win. Look out for the Shield Wall feature too, in which mystery symbols appear randomly on the reels!

Vikings has 10 symbols with varying values, the lowest of which are illustrated as stylized playing cards. You’ll also recognize your favourite Vikings characters from the series, each illustrating the higher value symbols. The most valuable symbol is the ‘V’ logo, which is worth 0.5x 5 of a kind.

Landing three Raid symbols on the reels can trigger free spins, also called Raid spins. During these Raid spins, the reels will expand to 5 rows and 7 reels, offering up even more ways to win. There are no Scatter symbols, but Scatter pays can be gained by landing a fully stacked Viking symbol on the Hotspot.

Vikings is a slot that is definitely worth taking the time to get to know. The RTP of 96.05%, combined with a mind blowing up to 78,125 ways to win during free spins, means that you stand a great chance of taking home some very worthwhile winnings.

Of all the special slot game features this game has to offer, we think the real stand out is the Hotspot feature. While this type of stacking feature is used in some other slots, it is far from overused. By transforming other Viking symbols into the same as the stacked symbol, it can really pay out.

The addition of the Shield Wall is another nice touch, which keeps gameplay from getting repetitive. While some of Vikings’ special features might seem a little confusing when written down, all becomes much clearer when you actually play the game.

Once you’ve read this review and tried out the free demo, you’ll be 100% ready to play Vikings for real money. Keep your eyes on middle reel, as that’s one of your best shots at securing a lucrative win. Will you plunder a bountiful sum, or be sent running?

More Great Slots from NetEnt and Beyond

If you enjoyed our Vikings slot review and the game itself, check out the vast array of slots that NetEnt has to offer. Many include similar TV and movie themes, such as Creature from the Black Lagoon. You can also discover the many of the other types of games NetEnt has created, which include roulette and blackjack.

Below we’ve also picked out some of our favorite slots from other developers, that you’re sure to love if you’re a film buff. Game of Thrones is probably the most popular fantasy TV series in the world. Now you can play Game of Thrones 243 for yourself to discover Stacked Wilds, but be careful – Winter is coming!