How Realistic is the 1998 Film Croupier?

Jack is a cool, calm, composed individual whose ultimate goal is to be a novelist but who finds himself forced by circumstance into a job at a casino. Having witnessed the destructive potential of gambling, he is not a man who makes wagers, yet his aggressively risk-taking personal life gets him into hot water. A confident, controlled man, he nonetheless breaks every rule in the code of conduct and brings himself to the brink of disaster. He is a fascinating character, and Croupier is an enthralling movie – but does it present an accurate picture of a casino?

The portrayal of a gambling establishment is a convincing one, down to the smallest details. Paul Mayersberg, the scriptwriter, must have undertaken considerable research because these interior scenes feel real; a bustling, smoky hall filled with gamblers in official dress code and an air of quiet desperation. Despite the fact that the movie was shot in Germany, the sets accurately convey the appearance of a small London betting house.

Jack boils life down to a single choice; be a gambler or a croupier. His father was a low-level hustler, yet nonetheless arranges the interview through which Jack gets the job in the first place. So straight away we can see that there is not quite as much separation between the roles as our protagonist likes to pretend. His detached, indifferent façade hides a character addicted to danger, eager to roll the dice in his not-so-private life. So does he manage to stay broadly onside with the rules of the casino as he tests their limits? 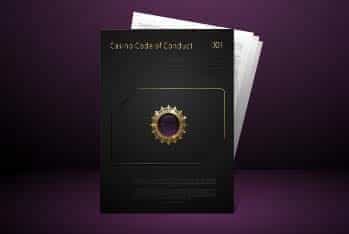 Croupier observes how casino employees often work nightshifts with abnormally long hours, and that this can have an extremely detrimental affect on their lives. The conditions under which they labor are also anxiety-inducing, with the potentially violent behavior of sore losers and rumbled cheats a particularly worrying possibility. Then there are the rules about dating; the movie’s casino explicitly forbids romantic relationships between colleagues, and indeed there are real-world equivalents that similarly frown on such entanglements. Socializing with the gamblers is also a bone of contention, with dealers ordered to simply ignore them if their paths cross outside the gambling establishment.

As the film continues, we can see exactly why casinos have such rules. The potential liability arising from these rendezvous is clear, as they can represent a conflict of interest and, in extreme circumstances, lead to a croupier and gambler collaborating in an attempt to defraud the casino. Jack, of course, doesn’t so much cross this line as accelerate over it, sleeping with both a fellow casino worker and a member of the clientele. Unconscionable, albeit impressive.

While not officially required, professional pride generally dictates that croupiers look after their appearance. Smelling bad, having filthy fingernails or otherwise looking like they just crawled out of a dumpster would make the casino look bad, so it is in the dealer’s best interests – assuming that they want to keep their job – to maintain a certain image. Given this, it is absolutely appropriate that Clive Owen’s Jack visits a beauty salon regularly to get a manicure.

However, his salary is considerably more generous than would probably have been the case for a croupier working in a casino of similar size in the late 90’s; his first week’s wages come to £450 (about $570), and this paycheck is roughly equivalent to what an experienced dealer would expect to receive from a reputable casino today. The casino in Croupier is not particularly prestigious, so given that the median pay of a dealer today is approximately £340 (roughly $430) it would seem that he is being too well remunerated.

Catching cheats is, understandably, a considerably serious undertaking. Some of the burdens of this are assigned to cameras as they never look away or blink, and therefore miss nothing. Nonetheless, croupiers still have to spot card-counters and the like. In the movie, Jack admirably stands his ground when a gambler attempts to make a bet after the roulette ball has already entered the wheel. He claims to know a cheat just by sight, and as Croupier appears to show that this is no idle boast, that is an invaluable ability for someone in this line of work. If you have every played roulette in land-based casinos or played live roulette, you’ll have noticed how much attention croupiers have to pay to the game.

Every honest casino would admit that this is the name of the game. Gamblers know it too, often trying to tempt dealers into distracting conversations. This rule also holds for online gambling, with video roulette and other speed casino games proving how prevalent it is. The quest for speedier and speedier play has had to be contained by stronger and more specific regulations, as a recent report by the Gambling Commission exemplified; according to its rules, the time between roulette spins must be no shorter than 80 seconds. However, some casinos have side-stepped this by providing machines where customers can play virtual roulette, staking a maximum $100 on a round that works out at only 20 seconds per spin.

Jack makes this droll equation when told by his supervisor that a certain gambler is a valued member of the clientele, and it is really not far off the truth. This is one of the brutal parts of the casino business, and they will take great pains to keep a reliable loser coming back for more. Casinos pay closer attention to their profits and those of their customers than anyone else, and encouraging the loyalty of a regular failure is key to their financial goals. 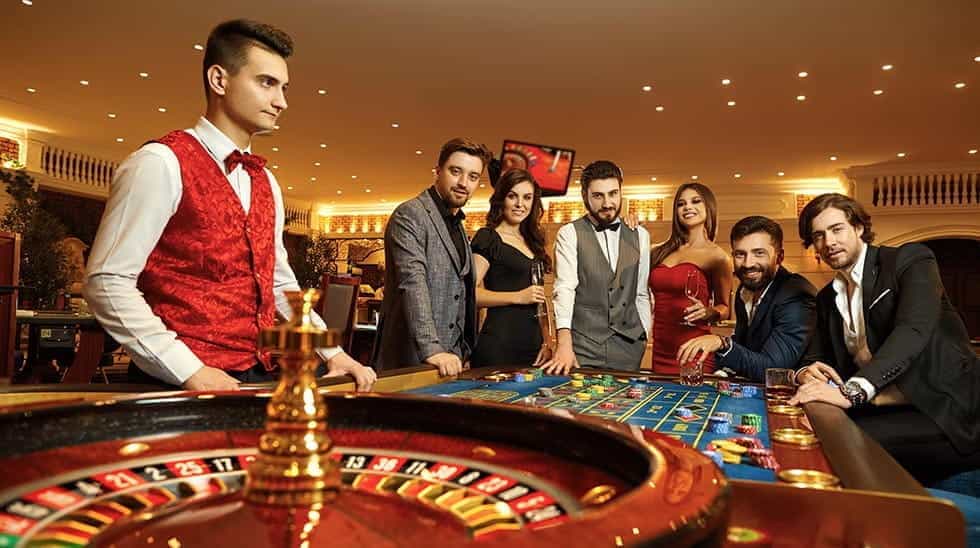 As shown in Croupier, gambling is not a risk-free enterprise. Gamblers often fall victim to addiction and other mental disorders damaging their personal relationships and resources. These problems can lead to suicides and other appalling consequences for those affected. Therefore, if on your frequent visits to a casino you have earned the title of ‘good customer’, then make sure to be mindful of your spending. If you are worried about your gambling, head over to our page on problem gambling for some advice.

Although the workplace can be highly stressful and even potentially harmful, it does have it positive aspects. One of these Jack wryly identifies as ‘the power to make you lose’. While this makes for a pithy quote – like so many lines from Croupier – there is not really that much truth to it. In a 2008 interview with the Guardian, a British croupier claimed that there is literally nothing that the dealer can do to influence wins and losses. The only real power that the croupier has is to ensure that he provides the casino’s customers with the highest quality of service.

The film addresses thoughtful topics with a relaxed attitude and does so in an entertaining style. Croupier shows the danger of gambling rushes, but avoiding these is not necessarily that difficult a task; keeping separate bank accounts, refusing credit card offers and eschewing overdraft tools are some ways you can protect yourself. Alternatively, investment in bonds is advisable as these cannot normally be used for gambling purposes.

Croupier is a gritty, believable portrayal of a man working as a dealer in a casino and hews remarkably closely to the reality of the profession. It is definitely worth watching, even if there are certain aspects it embellishes for the purposes of entertainment. Suspension of disbelief is required, but not too much.

If you’d like to learn more about what croupiers are like in real life, check out our section on live casino dealers.