Narrowing down the list of the greatest Las Vegas boxing fights is a daunting task. Since the last 50 or so years, the Neon metropolis in the heart of the Nevada desert has established itself as the de facto capital of the sport. Each year, the highest proportion of major card fights go down in Las Vegas, and the world has come to recognize the MGM Grand and the T-Mobile Arena as its two most utilized venues for big money fights. With money fights, unification fights, underdog victories and blockbuster sell-out crowds, Las Vegas has seen its fair share of memorable bouts.

The 5 Greatest Fights in Las Vegas

In a city where champions are born, careers are cut short and global audiences are captivated; we take a look back through history books at the biggest & best fights in Las Vegas. With the rise of MMA and its elite division the UFC, Las Vegas has been able to diversify and capture the business of both sports. Whilst constructing our top 5 we considered a number of key facts. The excitement and hype generated by the fight, viewership and other key numbers, and the significance of the outcome. There were many worthy contenders that narrowly missed out making into our coveted list, but we believe the final result speaks for itself, and you won’t be disappointed.

With all the excitement of boxing, it’s no wonder that it’s one of the most popular sports for sports betting. You can find out about the best operators for placing boxing bets here. Without further ado, let’s get into the 5 greatest fights in Las Vegas history… 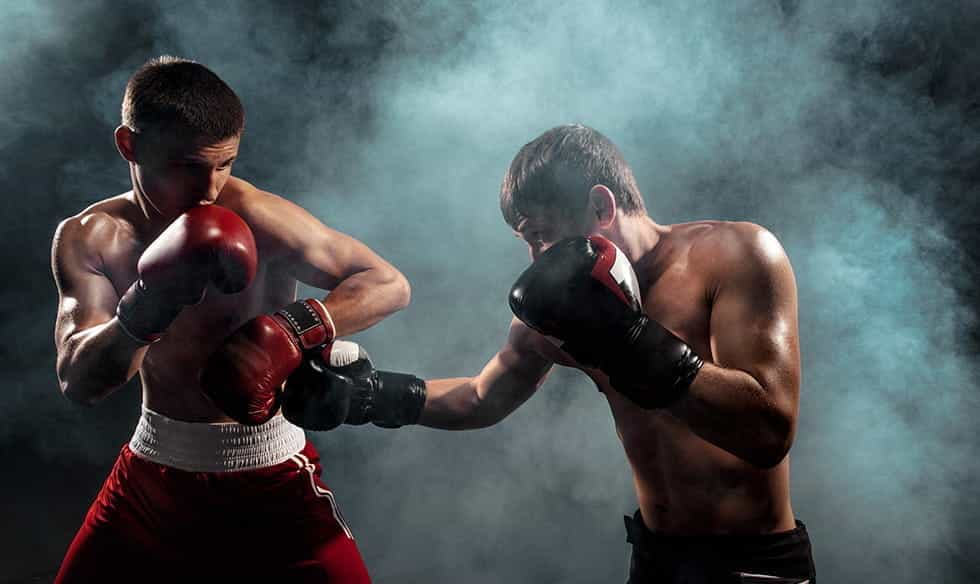 Promoted as “the showdown” this fight had all the makings of a blockbuster bout from the moment it was announced. Taking place at Caesars Palace, in the heart of the Las Vegas strip, 23,618 packed out the arena of the 16th September of that year. The fighters went out on their shield, and the momentum swayed back-and-forth. In the fifth round, it looked as if Leonard wouldn’t be able to continue due to a rapidly swelling eye injury. Nonetheless, Leonard fought on, Hearn also put in a strong final few rounds. Going into the final round, Leonard’s trainer famously exclaimed to him, “You’re blowing it son!” which surely encouraged him, as he dealt a devastating combination to Hearn who crumbled causing the ref to end the bout. ‘Sugar’ Ray Leonard was subsequently awarded the championship, marking one of best Las Vegas fights.

The heavyweight clash of the century fought between Wilder and Fury was a fascinating bout that will go down in history as one of the most defining moments of the sport. Following there controversial split draw in the first fight, the two giants fought again in front of a sold out MGM Grand Garden Arena in February 2020.

Tyson ‘Gypsy King’ Fury quickly took the upper-hand in the bout, establishing himself as the dominant force in the middle of the ring. Constantly working his jab and having Deontay Wilder moving backward, the world watched on in awe as the big Englishman put on a boxing masterclass. In the third round, Fury caught Wilder with a big right hand to the temple, flooring the American. Wilder was put down on the canvas a further two times as the Fury onslaught became more targeted and vicious. Midway in the seventh round a barrage of Fury punches had Wilder on the ropes, causing his corner to throw in the towel to save him from further damage.

This fight will certainly go down as one of the greatest heavyweight fights in Vegas, if not the world. Not many people expected Fury to demonstrate such an attacking style to a proven knockout artist like Wilder. The result of this fight now sets up a beautiful scenario, where Fury and Anthony Joshua both hold heavyweight belts. The two British heavyweights are expected to go toe-to-toe in an epic unification fight of the century.

This fight was billed as “the War”, which by anyone’s account was certainly an accurate way to describe the events of this epic bout. Under the lights of Caesars Palace both fighters put on an epic fight holding back nothing. Hearns and Hagler went full-throttle from the bell of the first round; with boxing magazine The Ring calling the first round one of the greatest rounds in boxing history. Both fighters fired-off non-stop blows in a brutal and fast-paced opening exchange. After the three rounds, Hearns legs were not truly underneath him, and the referee had seen enough. The eight-and-a-half minute war ended with a blood-drenched and victorious Hagler, with a barely-conscious Hearns being carried off by his team.

The world was under a euphoric wave of optimism back in the early 1990’s, the Berlin Wall had fallen, communism had been quashed, and America had successfully liberated Kuwait from the oppression of Saddam Hussein. To top all of this off, 10 days before this bout, Bill Clinton had been elected President of the United States. Heavyweight boxing had been steadily growing in popularity going into this fight, and the subsequent battle between Bowe and Holyfield has gone down as one of the greatest in fight night Las Vegas history.

The first of the three fights was a highly-charged and action-packed war. The two men desperately tried to impose their fighting style in the ring, and the crowd witnessed an epic tactical display with very contrasting game plans. Bowe began to take the upper hand, and round-after-round the judges were narrowly awarding him the share of the spoils. Despite this, the tension gradually rose throughout the fight, and the fighters put everything on the line to contest for the points being awarded by the judges.

Holyfield, a natural cruiserweight, came into the fight doing exactly what he always did with larger heavyweight fighters which was to hustle and get up close and personal to try and disrupt the rhythm. But this night belonged to the well-conditioned Riddick Bowe, as he matched the relentless intensity being dealt by Holyfield, and stood firm behind his well-timed jab and vicious combinations. The win for Bowe was the first of three bouts between the two men, and the beginning of an epic rivalry that ignited heavyweight boxing throughout the 1990’s.

The bout between Corrales and Castillo was a 12-round unification fight of the WBC and WBO lightweight belts. Both men had a similar fighting style, with incredible knockout power and preferred fighting up-close and inside the range of their opponent.

The fight can only be described as an all-out war between two men in possession of incredible punching power and accuracy. Both men stood in front of each other, not shying away from the onslaught being dealt by their opposite number. In the fourth round, Castillo began to bleed heavily from his left eye. Likewise, Corrales had severe swelling under his left eye which was almost completely shut by the seventh. Through to the ninth round, neither man had been knocked down and the brutality of each punch only increased.

In the tenth round, less than 30 in, Castillo scored the first knockdown with a brutal and well-timed right hook to the chin of Corrales. Spitting out his mouthpiece, Corrales pulled himself up in an epic show of determination as the referee reached 8 in his count. Seconds after the action begun again,  Castillo unleashed another sharp combination knocking down Corrales to the canvas, again the mouthpiece was spat on the floor which the referee penalized him 1 point for.

Rising from the floor for a second time, Corrales caught Castillo with a savage right hook, which Corrales would later describe as “the perfect right hand” . This punch effectively knocked Castillo out on his feet in a dramatic shift in the momentum of the fight. Smelling blood, Corrales trapped his opponent on the ropes smashing him with a barrage of combinations, causing the referee to stop the fight. The unbelievable ebb and flow of this bout and the heroic turnaround of Corrales made this fight universally regarded as the best bout of 2005. 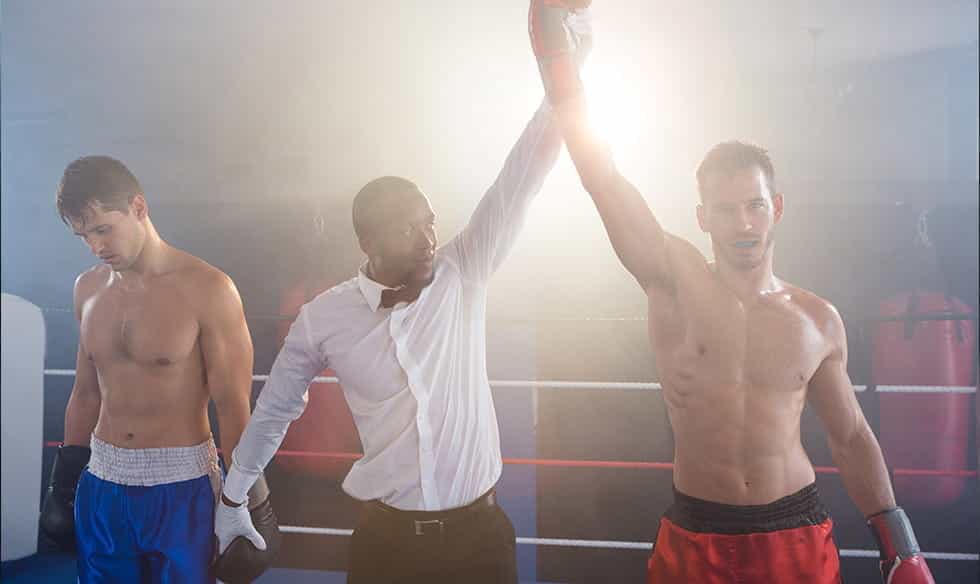 Some notable mentions are worthy of mentioning before we conclude our analysis of the best Las Vegas fights. Mayweather vs. McGregor (2017) was billed as the Biggest Fight in Combat History, and by all accounts it was an exciting spectacle. But in terms of pure boxing, this fight was very predictable as Mayweather put on a defensive boxing masterclass. Other great fights around the world not in Vegas are also worth mentioning. Joshua vs. Klitschko (2017) in front of a sold-out Wembley Stadium was an absolute epic, as Joshua cemented his status as one of the greatest heavyweight boxers ever, following that brutal inside right uppercut.

Las Vegas fights will always have a unique flavor when it comes to boxing and fans of combat sports are beginning to identify elite fighting as synonymous with the ethos of this city. Millions of dollars are being made by fighters that make it to the upper echelons of this sport and Las Vegas is today rightfully regarded as the absolute pinnacle of the sport.

As we are talking about Vegas, it would be remiss of us not to mention casinos. The city has long been defined by gambling and mixes exciting events with relaxed and luxurious hotels. You can access a little bit of the vegas world right from your home though, by visiting one of the best online casinos. 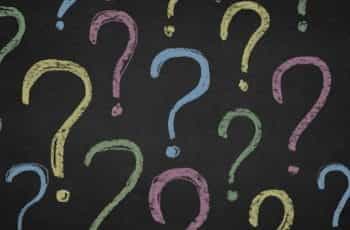 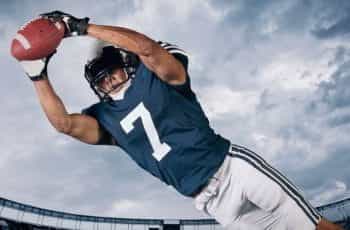 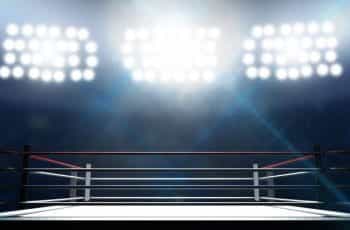