If you’re looking to make sense of and understand the hierarchy of poker hands, learning to order from highest to lowest, then this is the article for you. Getting to grips with the gearings of poker hands and the probabilities of each outcome is an essential pre-requisite to any budding amateur player with ambition for success in the card game. Understanding this fundamental set of rules is the foundation that all future compounding layers of knowledge and strategy are established. To be successful in your initial attempts to develop a skill in poker; you need to have poker hand rankings fully digested and engrained into your memory, this will enable you to grasp the probabilities and likeliness of specific hands and develop a functional wagering system to use in-game.

This article will look at the entire hierarchy of poker hands, from the highest to lowest. Each hand will be accompanied by a probability outlook, advice on betting strategy if you are holding this hand, and how it compares to the rest of the possible hands you may be betting against.

These rules apply to a number of different types of games that can be found at online poker sites. However, some of them also apply to various casino poker games like Caribbean Stud Poker and Five Card Poker. This is also true of many video poker titles.

The following hands apply to Texas Hold’em. There are nine differentiating categories that are the first consideration when it comes to ranking poker hands against one another. The superiority of hands is then further determined within the category that it sits by the individual card ranking – this is from highest to lowest: Ace, King, Queen, Jack, 10, 9, 8, 7, 6, 5, 4, 3 and 2. Overall dealing poker cards from a 52-card deck has 2,598,960 distinct hands, but since cards are not ranked by a difference in the suit, there are just 7,462 discrete hand ranks.

Royal Flush: Once in a Lifetime Hand

The Royal Flush is an ace-high straight flush, for example, Ace-King-Queen-Jack-10 all of the hearts (or any of the other three suits), it is the highest possible hand a player can hold in poker. There are clearly four possible combinations of this hand, one for each of the four suits; Hearts, Diamonds, Clubs, Spades. Landing this hand requires a lot of composure as it is easy to let the excitement of the moment flicker across your face, alerting opponents that you’re holding something strong. Assuming that you don’t hold the Royal Flush out the Flop, it’s advisable to make your first bet small to keep as many parties interested as possible – and then gradually increasing to a maximum amount on the Turn and River.

The Straight Flush hand is similar in essence to the Royal Flush but the high card doesn’t matter. You’ll need 5 consecutive cards all of the same suits to land this hand. There are 36 combinations of straight flush to be made, and that’s 9 from each suit. Betting on this hand is again a question of concealing the poker face – you’re almost certainly holding the strongest hand at the table, so extracting the most amount of bets from the opposition before going big on the River is the game plan here.

Four of a Kind 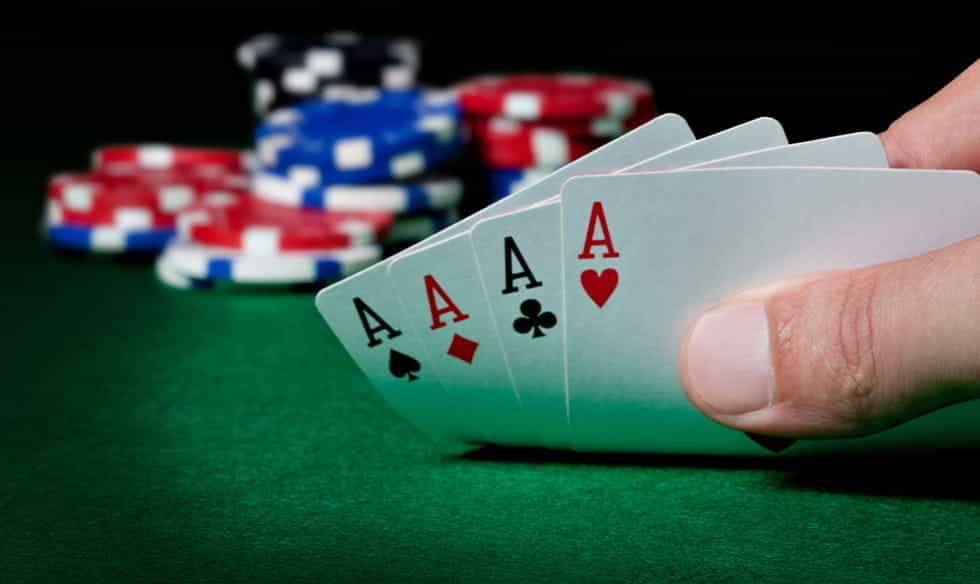 When it comes to Four of a Kind it holds a certain unique place in all the poker hand ranked list. Consisting of four of the same card in each of the four suits it can present itself in many different ways. This powerful combination of cards clearly becomes more valuable if the player is holding a pocket pair and able to match it with two on the table, in this scenario it would be impossible for another player to trump your hand unless they have managed to build a Royal or Straight Flush. Again, bet big if you’re lucky enough to land this combination.

The Full House is a very strong hand that has won its holders a considerable amount of cash in the past. It consists of a pair and a three of a kind in the same hand. Clearly the minimum requirement here is that a pair is dealt on the table by the dealer. From this, a player could possibly construct a full house if they can build out a three of a kind and match one other card. A Full House is first ranked by the three matching cards and then the pair, in a case where two players have matching three of a kind the pair is then used to determine the winner.

A Flush is a mid-strength hand that can be used to win the holder a considerable pot if they play their wagering strategy correctly. The cards needed to form a Flush are simply 5 of the same suit. The higher the face value of the highest card in the Flush is used to determine who wins if two players are holding this hand. If two or more players are both holding the highest card in the Flush, the second card is then consulted, and so on. 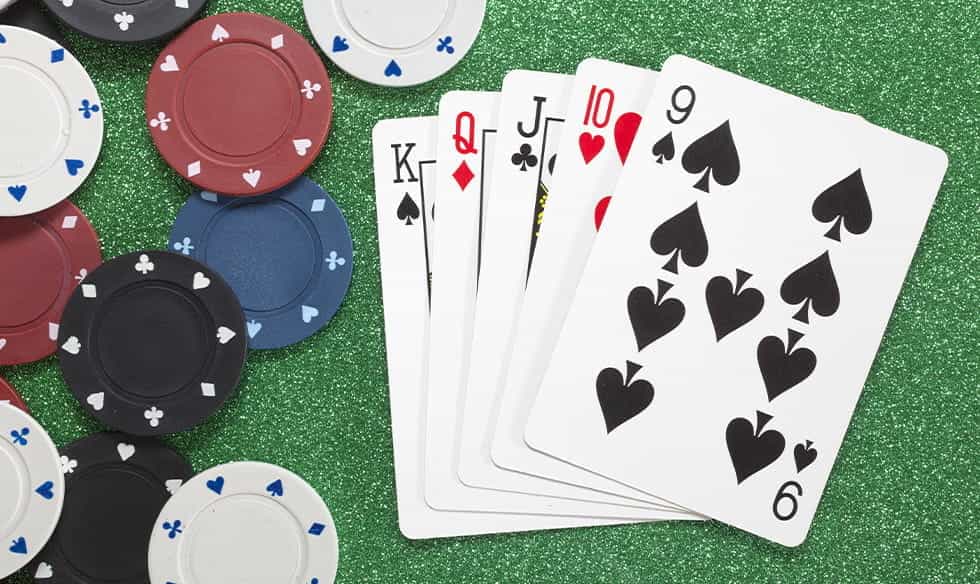 To land the Straight, a player must form a sequence of 5 consecutive cards by face value, for example, 7-8-9-10-Jack. A powerful hand that will most likely give the holder a lot of confidence to bet big depending on what else has been laid down. The top-ranking Straight also known as “The Broadway” consists of the top ranking cards in the deck in a row, the same as a Royal Flush but without matching suit. The lowest ranking Straight is known in the business as “the Wheel”, holding this should invoke a cautious betting strategy as there is a chance an opponent is holding a higher Straight.

Three of a Kind

The Two Pair is statistically the most frequent winning hand on average across all poker hands. It is strong enough to win in many cases and comes around often enough to make it occur more than any other winning hands presented on this list. If you’re holding a Two Pair that doesn’t mean you should bet the house though, there are plenty of other stronger combinations out there as we have shown. Tread with caution and always adopt a smart approach to betting strategy when engaging in live poker sessions.

One Pair accounts for almost half of all poker hands and is by that number the most common of all poker hands to be dealt. To achieve One Pair is fairly easy, simply match two cards together either with the community cards or by holding one hole card matching a community card. This hand is not very strong at all, and therefore should not be bet on too heavily. Approximately 40% of players are able to achieve at least One Pair on any given hand.

The High Card is the weakest of all the possible combinations of poker hands. It is determined by the highest card out of the 5. The odds of getting a High Card as your best hand are actually lower than the One Pair and Two Pair, this is because it is more likely you will match something rather than missing with everything with the seven cards available. The only bets you should be making with these are desperate bluffs, and even then it is better to fold early if this one is looking likely. Make sure to educate yourself properly before playing for real money, read our guide to best poker training courses to improve your knowledge.