After a while, playing the odds in the same place can become pretty stale. The thrill of making wagers is still there, but the surroundings are now kind of monotonous; same old, same old. Maybe a change of scenery is what’s required. Time to expand your cultural knowledge with a trip to a few unfamiliar locations, where the fun will be augmented by rich heritage and beautiful sights. So, pack your bags, don your sunglasses and remember your passport, because we are taking you to the standout gambling hotspots of the Old World.

Where else to begin, but at the City of Light? For centuries, the French capital has been a major continental hub of culture, with its fashion, art, science and finance all hugely influential. Bearing all this in mind, it is perhaps unsurprising that Paris has also made its mark in the gambling arena; roulette first became popular here in the Palais Royal in 1796 at the height of the French Revolution. Since then, the game has spread so far that it is almost synonymous with casino gambling and automated roulette is one of the mainstays of any of the best online casinos. The metropolis is also considered one of the most romantic spots in the world, with many seeing it as the ultimate ‘city of love’. The Eiffel Tower, the Arc de Triomphe, the Champs Elysees, the Louvre… The list of iconic destinations is endless. 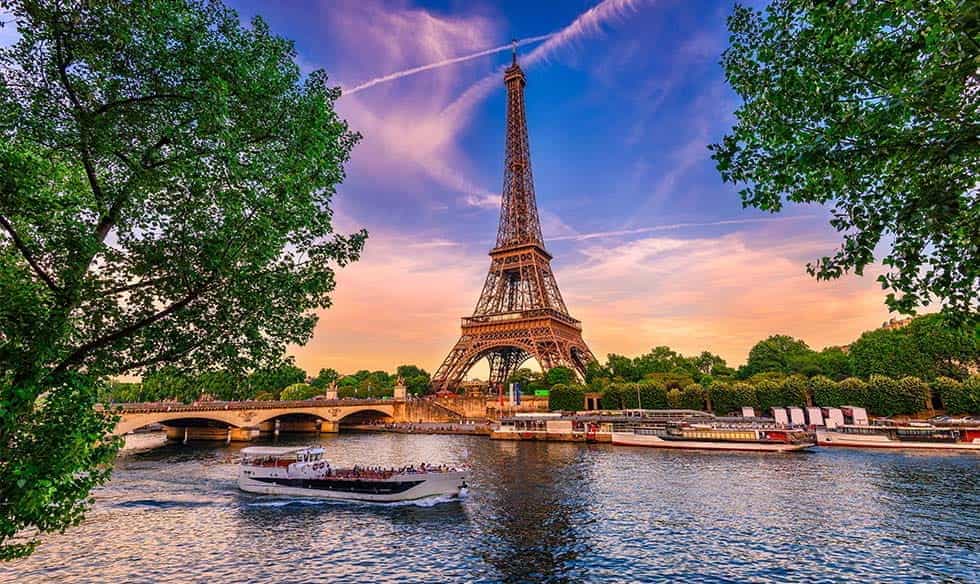 As well as its unparalleled historical attractions, the French capital offers a number of casinos for those wishing to make a bet or two while a guest of the Parisians. While the Elysees Club and Cercle Hausmann stand out as particularly luxurious options, make sure you don’t make the mistake of thinking that Casino de Paris is… well, a casino. It is actually a performance venue dating all the way back to 1730 and remains one of the best-known music halls in the city.

Unlike the other entries in our list, Malta is no city. However, at under 197 square miles, the Mediterranean island can be driven around in just a few hours. The locals know it as ‘the rock’, although to avoid confusion with Gibraltar we will stick with the official name here. Just like the British territory, Malta is a tax haven and gambling hub with its own gaming authority. As such, many iGaming companies and casino operators like Mr Green and Genesis Casino have bases on the island.

A lot of cruise ships sailing the Med drop anchor at Maltese ports, and this provides land-based casinos with plenty of custom. Passengers love to spend quality time at the glitzy Dragonara and Portomaso, while taking in the warm weather and unique geography of the island. The Dragonara is even featured by Evolution Gaming in their live platform, and it is possible to play there without travel costs by registering at 888 Casino. While Malta is a wonderful location with two magnificent casinos, it must be said that some of the other gambling venues are – like its beaches – tiny.

Given the canals, museums and nightlife, it would be easy to miss the gambling opportunities present in the Dutch capital. This city provides everything a tourist could ever want in the search for a good time, and Europe’s foremost ‘city of sin’ certainly does not disappoint when it comes to casino options. Particularly reminiscent of Las Vegas is the Holland Casino Amsterdam Centre, a glamorous high-end joint that encapsulates the joy of betting. While there is an entry fee, diners at the building’s restaurant, The Brasserie, get free admission to the casino. 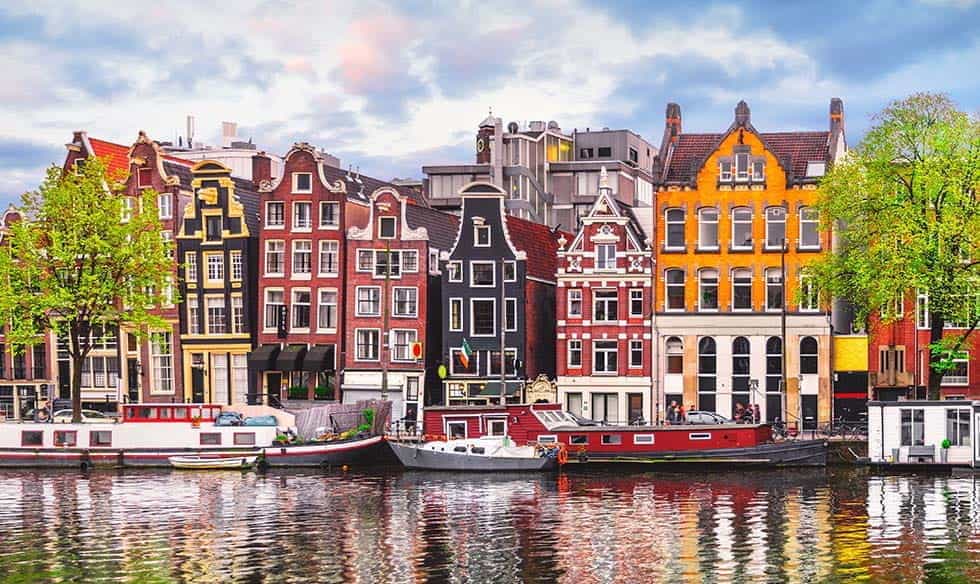 Speaking of food, the selection here is divine. Iconic Dutch vending machines called FEBO Automaten are open 24/7 and the snacks they provide are as delicious as they are cheap. If it is something more along the lines of fine dining that the travelling gambler desires, then the modestly named Graham’s Kitchen is an especially excellent eatery with friendly service. The monkfish comes highly recommended, and the staff are friendly with their service. Amsterdam is the place to go if you want to be sure of gambling on a full stomach.

Ah, the stunning principality on the crystal-clear shores of the French Riviera. If a life of lavish opulence is what you are after, then this microstate is heaven on Earth; Formula 1 racing, grand architecture, glamorous celebrities, sumptuous visuals, marvellous museums and, of course, the world-famous casinos. The fact that all of it can be easily explored on foot makes this an even more tempting tourist trap. Monte Carlo has become a synonym for extravagance, and that is in no small part down to its gambling quarter. 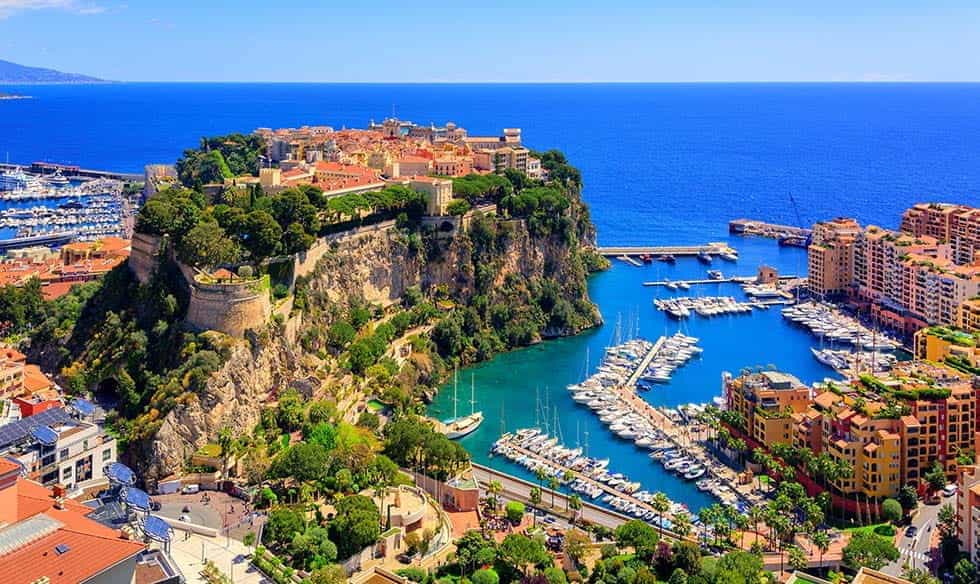 As well as the landmark Monte Carlo Casino, Monaco’s most easterly ward plays host to the Place du Casino, and these locales have featured in dozens of Hollywood movies. There was even a 2011 film entitled Monte Carlo which followed three women posing as socialites in the affluent environs. It wasn’t very good, but doubtless the scenery was very pretty. Monte Carlo Casino inspired Ian Fleming’s Casino Royale, so if you fancy a bit of role-playing as 007 then this is the place to do it. Alternatively, you can play online baccarat if you don’t want to foot the bill for flights and accommodation but still want to play like the great spy.

Along with the breathtaking architecture, lush green areas and phenomenal beer, the Czech capital offers plenty to those searching for a special gambling experience. There are more than 20 different casinos dotted around the place, and a fair few of those are slap bang in the city center, so sampling more than one in a single night is certainly possible. Added to this convenience is the fact that most of them do not require you to pay an entrance fee, and each establishment has a unique aspect to recommend it. The most famous is the Ambassador Casino on Wenceslas Square, where there is a chill ambience and players get soft drinks on the house.

Thirsty gamblers needing an alcoholic beverage can also head to the local taverns, known locally as ‘pivnice’, in which can be found an array of slot machines. Indeed, one-armed bandits are also common in arcades, Herna bars and an assortment of other places, as they are a very popular form of entertainment. You won’t be short of sights to see around Prague either, as there are over a hundred cultural and historical sites worth visiting. All in all, this is one of the most extraordinary cities in Europe if not the world, with a gambling scene to rival any in the United States.